Before and after: it had to happen 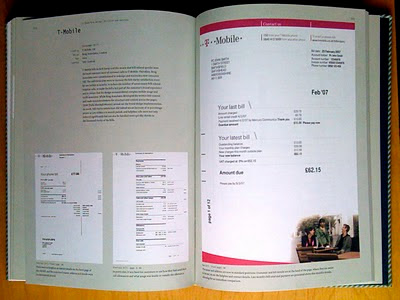 I suppose if I hung around long enough in this business it was bound to happen - one of our designs appearing in a case study as the bad old 'before' in contrast to the shiny new 'after'.

In this case I couldn't help noticing our T-Mobile bill design as the 'before' to the new design developed by Boag Associates and Tullo Marshall Warren, illustrated in Borries Schwesinger's The Form Book. While not wanting to take anything away from the new design, I thought it might be worth looking at why designs become obsolete and need revisiting. 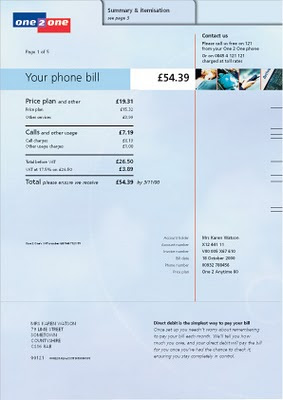 The bill we developed started as the One2One bill, developed by Karen Moate and Abi Searle-Jones (forgive me, other colleagues, if I have mis-remembered). It was pretty revolutionary in its day - colourfully branded, and designed to work both on paper and on screen. The key information is in the top half of the page, to allow for on-screen viewing as a PDF, and information on other pages is flagged on tabs at the top of the page - designed to become clickable on screen, and to act as an iconic access device on paper. To achieve this top half focus, we moved the postal address into the bottom third, where it was folded to appear in the envelope window, either on its own, or incorporated into the payment slip for people who paid by cheque.

A key constraint of this design was that it had to be implemented in the Flexible Bill Formatter application that is integral to the Amdocs billing platform. Amdocs dominates mobile phone billing and although at this time (the project started in 1998, I think) their formatter was very primitive compared with dedicated systems such as Doc 1, we had to use it... and were surprised to find that it could not cope with double column layouts. That's why in our design the customer information block is to the right and below the main billing information – Amdocs could not get it to sit in the white space above.

The new One2One bill was developed with live-data testing and real customers – this meant formatting around 20 real bills, with all their itemised numbers, and mailing them, followed by interviews. Reactions are far more authentic when presented with your own data rather than a scenario. All the usual achievements were noted after launch: fewer enquiries, higher satisfaction. And to crown it all, we won an award, presented at a bizarre but enjoyable dinner in Cannes. Here's a picture of our client Michael Soter receiving the award from Joan Collins. You never knew the world of billing was so glamorous, did you?

When T-Mobile acquired One2One they asked us to adapt the bill to the new brand, with the result below left. The new brand guidelines no longer allowed the tinted background that previously had highlighted the total on a white panel. But note that this is different in two key respects from the 'before' that appears in the case study (below right). In our version the customer information is anchored by the vertical line, that in the case study 'before' floats below it. And in our version, there is a prominent contact phone number at the top right, missing in the case study example (and criticised for being missing there).

The lesson from this – information design works in a shifting environment, where products change brands change, and most importantly people change. Memories fade, and designs aren't always maintained.

When we became fully integrated into Enterprise IG, following our own acquisition, we had to stop working for T-Mobile as Vodafone was a major client of the group. This was regrettable, as we had by then been asked to develop radical new designs for the bill, which, it was obvious to everyone, was no longer fit to cope with the new products and tariffs being offered by that time (2004). Here is one of the more exploratory designs we developed, never produced (designer: Richard Bland). 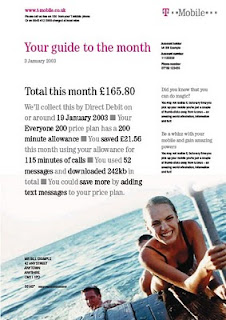 I've just been reviewing Borries Schwesinger's The Form Book for IDJ. I'm a fan. It's an engaging book that manages to combine a sense of the history and social role of forms, with a primer in basic typography,  a genre analysis identifying the essential features of different kinds of form, and a portfolio section of interesting forms from information designers around the world - some more exemplary than others.

Formulare Gestalten, the original German edition has been out for a few years, and this new version, with a more international set of illustrations is set to sit alongside Robert Barnett's work as essential reading for forms designers.

My only criticism (apart from carping minor ones that would only draw attention away from Borries' achievement) is that it has come rather late in the day – just as paper forms are starting to seem rather irrelevant and unnecessarily complex when compared with their personalised, carefully-paced, take-it-easy digital cousins. 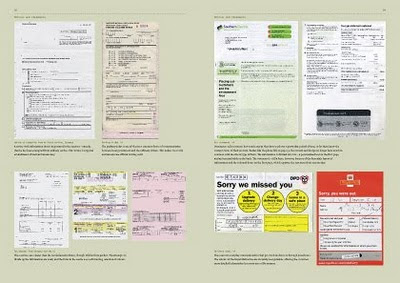 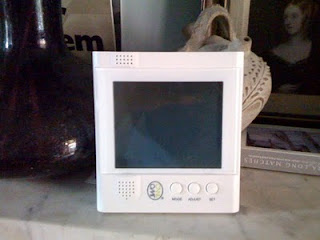 This is the energy meter I bought last year - it is supposed to tell us how much energy we are using at any one time, and to shock us into saving it.

Just noticed the battery's run out but no idea how long ago, and I don't think I'll bother replacing it. The truth is I stopped looking at it in about week three. Nothing changed very much, and few of the figures it displayed shocked us very much. Rather the opposite in fact. Running around the house turning off appliances on stand-by hardly dented the figure. And while putting the tumble dryer on was very noticeable, it was easy to conclude that we could afford the 90p per hour.

This makes me wonder about the millions being spent on the national rollout of smart meters. Most studies of their effectiveness report that few people are moved by them to reduce their energy consumption, and that for many people the economic motivation doesn't work that well. Having said that, whatever approach they end up taking to what is a huge behavioural change challenge, feedback will play some part - so there will be a function for these meters after all.