I regret I wasn't aware of him until he died, but the designer of the New York subway map passed away recently, and there's an interesting obit in the NY Times. 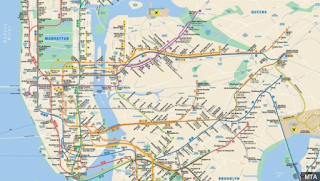 When clients drop the ball

Karen Schriver recently tweeted: "What do Information designers do when a client spends a large sum to do a high-profile project, but then drops the ball and has no time to manage it?"

This is all too familiar, and over a long career I've had a few of these experiences, some of which are possibly still covered by NDAs or the Official Secrets Act so detail is not possible. They are infuriating and disappointing because even if we have charged for our work that's not the only reason we do it – we want to do great stuff and improve the world.

One notable one from around 20 years ago was a major government form that almost every citizen uses. We redesigned it and ran a large scale live pilot which showed we'd dramatically reduced error rates. The government agency realised that each error took a civil servant around 30 minutes to deal with, and the reduction in errors therefore meant that they would have to fire or redeploy around 1000 people, leading to a probable trade union dispute. They just took some minor aspects of our work which reduced errors by around 6%, which was their target for the project.

I have also heard civil servants worry that the improvement was so great that it would make them look like idiots for putting up with the old version for so long.

And I have had work ruined by in-house designers or contracted branding agencies who were tasked with implementing it, and digital teams who insist on controlling everything.