My midnight train to Georgia

As I pack away my books, workers outside are putting the finishing touches to a gleaming new office block they’ve spent the last year or more building. As turf is rolled out, the mud and rubble becomes an impeccably striped green lawn, and today they are fitting the street lamps.

Symbolic, I wonder? Three years ago, the moment I moved into this office they started demolishing the buildings next door, a protracted process with delays while they dealt with asbestos, and one that involved a combination of precision disassembling and the grinding brute force of a huge machine that ate all the concrete and bricks and turned them into hardcore for the new building’s foundations. With a six month pause while the banking crisis delayed their progress, the noisy activity has continued for most of the three years. Working to the constant din of reversing dump trucks and fork lifts, generators, cranes and deliveries, the environment didn’t feel as friendly as the cheery memos the builders were careful to send, keeping us neighbours in touch with their progress.

Meanwhile, sitting in an almost unheated office (12 degrees some days, on the thermometers purloined from the kind biologists next door) reading memos from the university urging us to save energy, we realise that some things in universities, those communities of highly intelligent scholars working to create new knowledge for the common good, are not as they may seem.

Anyway, I’m leaving now, leaving behind the disassembling, dissembling and grinding down (I’m speaking of the building site next door, of course). 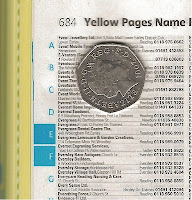 The once mighty Yellow Pages is shrinking in the face of internet competition, and now they've literally shrunk the book itself. Ours arrived today and the print is so small I thought it was a contract needing my signature.

Odd thing is that the paper edition is really only useful for people without a PC, many of whom are elderly... who happen to be just that part of the population who struggle with tiny type.

One good thing is that most of the opticians seem to be on to this and have large print ads. 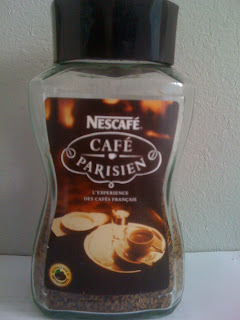 On an unrelated note, who was it who said that when hearing a political speech, one should always ask oneself 'why is this lying liar lying to me?'.

In praise of Studio Vista, Ken Garland and the good old days

I'm not sure if there is anything around today that is quite like the Studio Vista series of design books published in the 60s. There weren't all that many design books to choose from then, but these were fairly affordable, accessibly written and stocked by our local bookshop - I bought several of them while still at school, and they did a lot to lure me into graphic design. 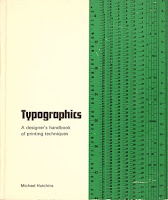 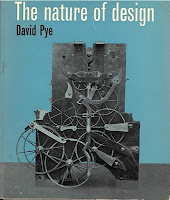 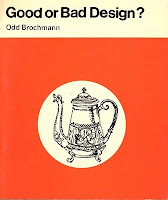 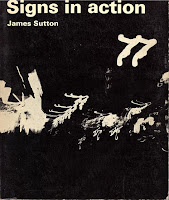 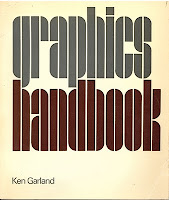 Here are the ones that survive on my bookshelf - I also remember having Norman Potter's What is a designer, and  John Lewis's Typography: basic principles.

Ken Garland's Graphics handbook was the one that had the most influence on me - it was too early for me to really get the more philosophical books such as Pye or Potter, but Ken's book provided an uncomplicated toolbox, covering everything from semiotics to international paper sizes in just 90-odd pages. And it does have a philosophy, demonstrated through its scope, its timeless layout, and a wonderful preface, which Ken printed in enormous type in the hope it would be read. 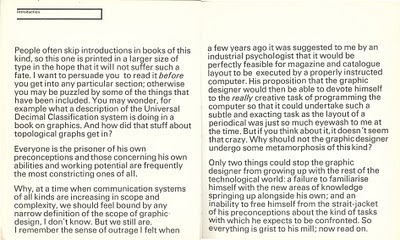 I mentioned the influence his book had on me recently to Ken (who I had the immense good fortune to be taught by), and I recalled the photo of him on the back. He pointed out that the book was written so long ago that the little girl he is holding here is now 50.
http://www.kengarland.co.uk 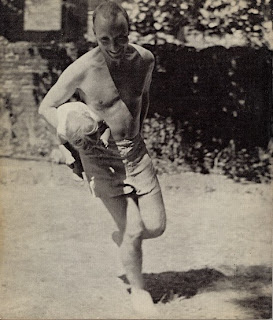 Murdoch's firewall. I don't mind paying but I want to be able to share

"A political community is properly bounded when congruence and symmetry prevail between the “governors” and the “governed” and when an imagined community of fate connects its envoys directly to a common political project. Or not.

I read that in a paper by Professor David Held, of the London School of Economics, and it may, just possibly, be the wisest observation on politics that I have yet come across. But it also might not be. I can’t be sure because I haven’t got the first clue what the professor is going on about.
...
It is a frustrating feature of much academic political science that reasonably simple points are made in an impossibly complicated way — presumably to make them sound more profound. Straightforward distinctions between people who imprison dissidents and others who think that this is not a very good idea disappear in a mass of verbiage. And everything sounds reasonable. Or not."


So wrote Daniel Finkelstein in a really perceptive column in The Times today entitled "The LSE scandal is intellectual, not financial".

Unfortunately if you follow this link, you won't be allowed in without a subscription, because it's behind Rupert Murdoch's firewall. I don't actually object to paying for news, and contributing to Daniel's salary - I have a subscription. But it's a massive pity not to be able to share gems like this column. So I've torn the article out and shared some of it here.

Gay marriage is called civil partnership in the UK, I believe as a compromise to respect religious sensitivities. But, as the 2011 census form shows, it seems we haven't yet evolved words for when it ends. 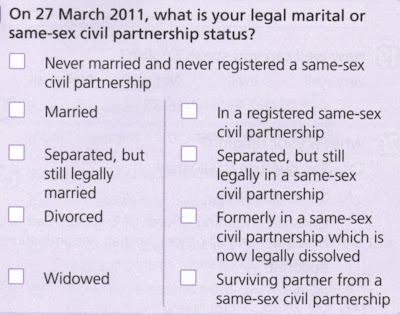 Whatever the status of the word 'marriage' can we not just stretch the meaning of the words 'divorced' and 'widowed', for goodness sake? Particularly 'widowed'.

Got the census form - long, intrusive and slightly daft at times. Question 17 is bizarre - presumably there was a question that was deleted, but they couldn't face changing all the other question numbers.