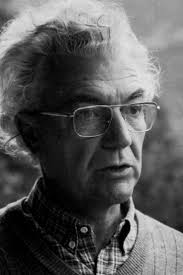 Adrian Frutiger passed away in September. Here is a lovely obituary from the New York Times. I particularly liked the quote at the end:

'As conspicuous as Mr. Frutiger’s work became, it was for its inconspicuousness, he said, that he hoped it would be known.

“The whole point with type is for you not to be aware it is there,” he said in an interview on the Linotype company’s website. “If you remember the shape of a spoon with which you just ate some soup, then the spoon had a poor shape.”'

I met him briefly at a lettering workshop held at Reading a few years after I graduated. I have the programme somewhere and will amend this post when I find it. What stuck in my head was his classic demonstration of the universality of Univers in which he would overlap a transparent letter 'a' from a range of fonts until the Univers a emerged.