We just bought some headphones - tiny in-ear ones. Hat's off to Sony, who have packed them entirely in recyclable material. 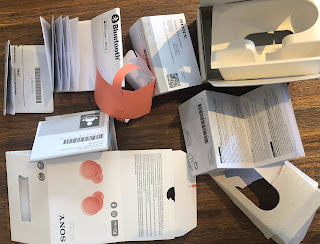 But there's an awful lot to recycle, including four leaflets in 22 languages – both sides are printed in what appears to be 5pt type, possibly smaller. 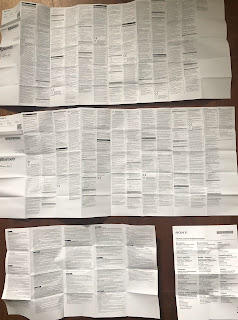 It's pretty much illegible so why bother? In a recent book chapter* I wrote about consumer contracts in tiny type:

"...can we really say that these business terms have actually been stated in any meaningful way? They might as well have been engraved on a metal plate and fired into space – they would still exist in a theoretical sense, and be no less accessible to consumers."

To give you a sense of scale, in the picture below there's a 2p coin and a type scale (younger designers – you won't know what this is, but we used it to measure typesizes before computers). 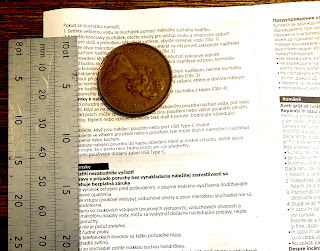