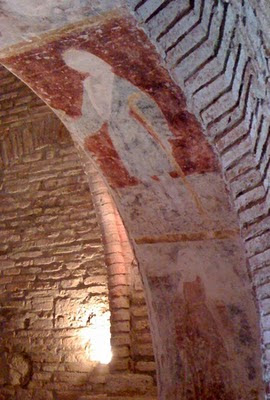 Last week I was at the Multidisciplinary Approaches to Discourse conference held in Moissac, in southwestern France. Moissac Abbey is a rather fine church and former monastery dating from the seventh century - part of which was torn down to make way for the railway in the nineteenth century (well, you can't stop progress).

This picture of a man with a crutch announces the hospital wing of the abbey. An early pictogram, in effect, as many people would not have been able to read.